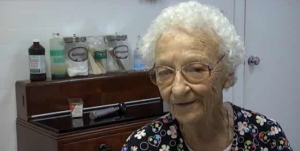 Nellie Ann Beatty Wade, who turned 90 years old last month, is the oldest practicing nurse in Florida. Wade, who was first licensed as a registered nurse in Florida in October 1952, was born in Washington, Pennsylvania on September 21, 1923 to John Edward and Nellie Agnes Beatty. She came from a large family and had seven brothers and three sisters. She currently works at the family practice of Dr. Michael Barnes in Wewahitchka, Florida.

In a recent interview, Meredith TerHaar, a reporter for Florida NBC News affiliate WJHG, asked Wade if she had any plans to retire:

What would I do? Sit and watch the TV all the time? Really and truly, it’s not a job, it’s not a chore. I’ve always worked and I love it. 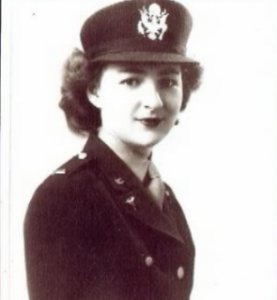 According to TerHaar’s report, Wade first worked as a nurse at a military hospital in Japan during WWII.  Wade served in a Cadet Nurse Corps unit and received training at Wheeling Hospital in West Virginia. After leaving the military, she and one of her brothers moved from Pennsylvania to Florida where she immediately began working as a nurse.